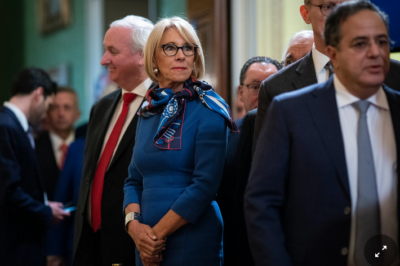 This past month, 19 state attorneys general submitted an open letter to U.S. Education Secretary Betsy DeVos to respond to the rollbacks of Title IX protections, particularly anti-discrimination and sexual assault survivor protections. The attorneys general argue that a rule recently proposed by the U.S. Department of Education would improperly narrow the definition of sexual assault, exacerbate factors that prevent students from reporting sexual harassment and violence, and make it more difficult for the department to take enforcement action against schools that violate Title IX, among other things. The proposed rule changes would go directly against the fundamental purpose of Title IX and thus would be an inappropriate exercise of the Department of Education’s rulemaking authority. The bottom line is that the proposed changes would make campuses less safe.

Since DeVos was first confirmed, she has been pushing for the rollback of many Title IX protections that were strengthened under the Obama Administration. DeVos has weakened Obama era efforts to strengthen the claims of survivors of sexual assault, and has been accused of setting the rules so that they unfairly favor the accused instead of the survivor. DeVos has also rolled back many rules that were intended to eliminate discrimination in Institutions of Higher Education, especially protections for transgender individuals.

DeVos’s assault on Title IX protections has created a roadblock for the passage of legislation to reauthorize the Higher Education Act (HEA). U.S. Sen. Patty Murray, a “vocal opponent of Secretary DeVos’ efforts to roll back Title IX protections for students,” according to her aides, is one of the top Democrats in Congress negotiating the reauthorization of the HEA. Despite Murray’s concern over the Title IX rollbacks, she and Sen. Lamar Alexander, one of the top Republicans negotiating the reauthorization, agree that they are making progress on the bill.