The problem of race in America has been a divisive, negative issue for centuries. In 1870, Frederick Douglass gave a speech in which he stated that America would not reach its full potential as a 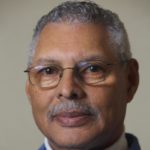 great nation until the race problem was resolved. Nearly 150 years later, we are still asking the same question, “How do we resolve the issue of race in America?”

I believe it is only through education, just as Frederick Douglass believed in 1870. Instead of educating our children about race and diversity in America, our educational system has chosen to distort, hide, reshape, or completely ignore the true history of race and diversity in this country. We must come together and tell the true stories of overcoming this plight of oppression. We must tell our children the many stories of courage and heroism, of perseverance and will that has led African Americans from the prisons on the shores of West Africa to the oval office of the White House in America. It is a story that has the potential to inspire our children and give them hope. It is only through the telling of these terrible, horrible, but heroic and inspirational stories to every child in America that we can begin to develop a serious, knowledgeable, and fruitful dialogue about the race problems in America. Education leads to tolerance and acceptance; ignorance only leads to fear and exclusion.

With the opening of the Smithsonian National Museum of African American History and Culture in Washington, D.C., the director, Mr. Lonnie G. Bunch, stated, “…we’re not giving simple answers to complex questions…but what we expect more than anything else is learning and understanding and maybe a little reconciliation.” An African American Studies program that begins in the first grade and continues through high school as part of the curriculum and not offered as elective could lead to the knowledge and understanding that it takes to establish a truly beneficial dialogue about race in America.

With this in mind, I urge the SBOE to adopt an African American Studies program that begins in first grade and goes through the twelfth grade. We do not want to be dealing with this problem
150 years from now. As Frederick Douglass is quoted as saying, “It is easier to build strong children than to repair broken men.” Dallas has set the example for all public schools in America and the SBOE adoption of this course will make a positive difference for the students, educators, citizens, and future leaders or our state. We all deserve that!