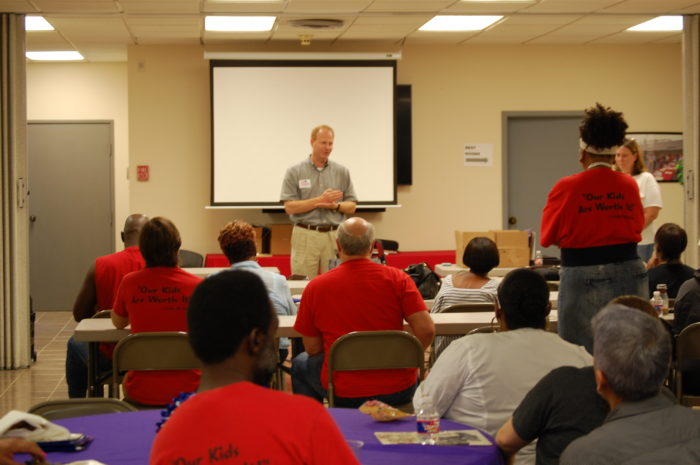 Yesterday’s Hotline outlined how public education was a winner on Election Day, with significant gains made in electing candidates to Congress and the Texas Legislature who will support our schools. Here’s a bit more detail on some of the big wins for the state Legislature, and a few of the defeats.

First, let’s take a look at the good news in the state House. Democrat allies picked up 12 seats in the House, which means they reduced the Republican advantage in members from 95-55 to 83-67. (And we didn’t lose any supportive Republican incumbents.) Since the House has been considerably more favorable toward funding public education and resisting private-school voucher programs, this bodes well for a solid block of Democrats and Republicans working together for our schools.

It also means that Democrats may play a larger role in deciding who is elected speaker of the House, a position that plays a powerful role in deciding which bills are considered and move through that body. Expect to hear more in the coming weeks on the speaker race, which Republicans are wrangling over at present on who to put as a front runner or support overall. Additionally, Republicans endorsed by Texas AFT also won the majority of their races, adding even more support in the House.

To note some specific races where our members played important roles in helping candidates, John Turner in Dallas defeated an anti-education candidate–Lisa Luby Ryan. In Harris County, Jon Rosenthal pulled off a narrow victory to beat another obstacle to school funding for many terms, Gary Elkins. One of our former members is also going to be headed to the Legislature representing Williamson County in Central Texas. James Talarico pulled off a victory, and he will be joined by former Williamson County Democratic Party Chairman John Bucy. Also in Central Texas, Travis County will have an exclusively Democratic House delegation with the election of Vikki Goodwin. And the seat just to the south representing Hays and Blanco Counties (formerly represented by one of the main sponsors of the legislative attack on payroll deduction for teachers organization dues) will now be held by a friend of teachers, Democrat Erin Zweiner.

In the state Senate, two key races where we endorsed candidates were wins–Beverly Powell in Tarrant County and Nathan Johnson in Dallas, and they replaced two of the senators most supportive of Lt. Gov. Dan Patrick’s agenda–Konni Burton and Don Huffines. Unfortunately, almost all the Republicans in the state Senate are in lock step with Patrick, who killed a major school finance bill and promoted vouchers last session.

The advantage in the Texas Senate for Republicans has now gone from 21-10 to 19-12–although one Democratic senator from Houston, Syliva Garcia, was elected to Congress. Since Garcia’s resignation from the state senate did not take effect until after the election, and since Gov. Greg Abbott likely won’t call a special election until a date after the session starts, the Democrats will be working with only 10 members until a new election can be held. Normally–according to a 3/5 rule in the Senate–Patrick would need his entire block of 19 Republican senators to bring legislation to the floor for action, but while Garcia’s seat is vacant, he only needs 18.

Our locals also participated in trustee elections around the state. Lone Star College built off of their success from 2016 and won both of the seats they were targeting in north Harris County. Austin Community College also built on previous success by re-electing Julie Ann Nitsch to her first full term after helping achieve victory in 2016.