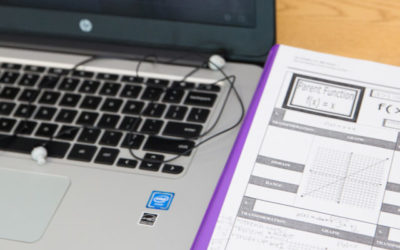 Two U.S. Senators, Democratic Sens. Patty Murray (Washington) and Sherrod Brown (Ohio), have recently called on the Government Accountability Office to launch an investigation into the practices and policies of virtual charter schools.

The request came on the same day the Center for American Progress released Profit Before Kids: An Analysis of the Performance and Financial Practices of For-Profit, Virtual Charter Schools, outlining stark academic shortcomings at these schools and a disproportionate focus on profit over quality. Researchers from the Center for American Progress looked at five states in the report and found that students at virtual charter schools are suffering poor academic outcomes while company executives get rich.

Although this report did not examine Texas, our state has seen the same poor performance and profiteering. In fact, virtual school students in Texas are funded at the same level of traditional public school students thanks to a law passed by then Republican Senate Education Chair Florence Shapiro. Shapiro once sat on the American Legislative Exchange Council’s (ALEC) Education Task Force, which is co-chaired by employees of private companies–like K12 Inc. and Connections Academy–that own and operate virtual schools in Texas. These private companies receive the same funding as public schools, which have elected oversight and must provide additional services like facilities, food, and transportation. Despite this significant funding advantage, virtual schools continue to produce poor outcomes for Texas students.

Raise Your Hand (RYH) Texas recently analyzed the performance of all the virtual schools in Texas and published its report, Texas Virtual Schools Update: Majority of Texas Learners Enrolled in Failing Schools. RYH found that 90 percent of students are served by the two largest virtual school providers– Texas Connections Academy and Texas Virtual Academy. Both Texas Connections Academy and Texas Virtual Academy are failing Texas’ accountability standards and have been low-performing for a number of years. Notably, Texas Virtual Academy is operated by ALEC member, K12 Inc., which has strong ties to Education Secretary Betsy DeVos, who had invested in the company and has championed its brand of “school choice.”

A lack of accountability and elected oversight allows these profiteers to further their ability to operate without accountability, while simultaneously profiting off of public school students. Due to the poor performance record of Texas virtual schools, the state must prioritize transparency and real accountability, with consequences, for these programs. The state could find savings by reducing funding received by these operators and ensure that funding is linked to the actual (reduced) costs of providing a virtual education.