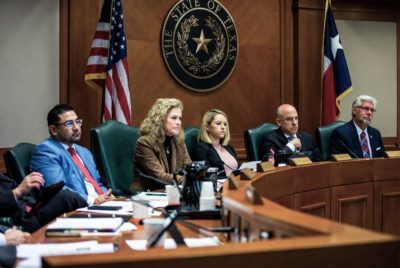 Senate Bill 38 by Senators Judith Zaffirini and Donna Campbell, which sought to deter hazing by student groups at higher education institutions, was one of the main bills discussed. SB 38 expands the legal definition of hazing to include coerced consumption of drugs and alcohol and also increases transparency in how universities reported hazing incidents to the general public. Anti-hazing advocates testified at the meeting, arguing that the bill does not go far enough to protect students’ safety. The Texas Tribune has more on the issue.

The committee also discussed the implementation of Senate Bill 212, which requires employees at higher education institutions to report sexual harassment, sexual assault, dating violence, or stalking committed by or against any student or employee of the institution. Proponents of the bill said it adds much-needed requirements to ensure incidents are addressed, while critics of worried that SB 212’s mandatory reporting requirements could prevent students who do not want to pursue an investigation from discussing their situation with school employees that they trust.