Texas’ retired teachers served our children. They deserve a pension that serves them.​ 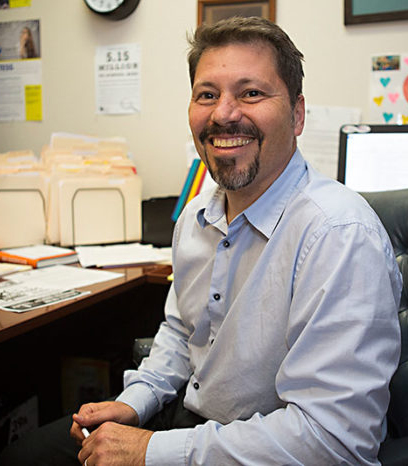 This week I want to highlight a column I wrote, published in the Houston Chronicle yesterday​, calling for legislative changes that would help fund the Teacher Retirement System and provide some relief for current retirees. (This is certainly an important issue for active employees as well.) We’re expecting the Texas House to hear this proposal tomorrow, and we’ll be there advocating on your behalf! If you haven’t sent your letter of support for this bill, you can do so here.​

Texas’ retired teachers served our children. They deserve a pension that serves them.​

Our retired Texas educators dedicated their lives to educating our children. Now many are facing a financial crisis, since most have never seen any cost-of-living increase to their monthly pension in more than a decade, while their health-care premiums are eating away at what little money they get from the fund.

The Texas Legislature has made clear this session that it wants to address this crisis by strengthening the Teacher Retirement System of Texas (TRS), the 17th-largest pension system in the world. A bill in the Texas House by Rep. Greg Bonnen (R-Friendswood) is a thoughtful approach that sends an important message to Texas educators—that our work matters.

Pension math is surprisingly simple. Public pensions depend on worker contributions, employer contributions, state contributions, and investment returns to generate promised pensions to retirees. Teachers already contribute 7.7 percent of their modest salaries to their pensions. After taxes, insurance, rent, and utilities, there isn’t much left to give.

Due to two excessive federal regulations, those retirees that do receive Social Security payments for work they have done outside of public education are subject to severe offsets and face steep financial penalties for any spousal or survivor benefits for which they would otherwise be eligible. For many Texas teachers, their TRS pension has to make ends meet, because it’s all they have.

Until the TRS fund is actuarially sound, it cannot enact a cost-of-living increase for retirees. Increasing the state’s contribution rate has become particularly crucial after the TRS Board of Trustees reduced its assumed rate of returns last summer. The board made a prudent reassessment of its long-term investments—but the decision also pushed the system into actuarial unsoundness. The fairest way to adjust for that recalculation and return TRS to a healthy condition is for the state to improve its share of contributions.

The other promising feature of the House plan is what it offers current retired teachers in the near term—a one-time supplemental payment, a “13th check,” of up to $2,400. Although other pension bills this session also offer supplemental payments, the House plan is the only one to provide something that genuinely resembles an extra monthly payment. Because of this, it’s the only bill that offers retirees considerable relief.

The average TRS retiree receives a little less than $2,100 per month in pension payments. A 13th payment would give many retirees room to breathe for the first time in years. It might mean being able to afford medications and food, or being able to fully cover utilities and rent. Retirees saw their healthcare costs skyrocket this past year and this payment would begin to bring some relief to these retired educators.

Lasting change for retired teachers comes, of course, from a true cost-of-living adjustment, something that has never happened for anyone who retired before the summer of 2004. Annuities that paid the bills 15 years ago simply can’t cover retirees’ needs in 2019, particularly in our state’s fastest-growing areas.

Teachers are central to the health of our communities, and a resilient pension system is a strong tool for recruiting educators to Texas schools. The Texas Legislature knows this, which is why senators and representatives are working hard solve TRS’s current problems. The House’s proposed legislation is the best shot this term for relieving the pressures retirees face, ensuring the pension system remains strong for active teachers, and encouraging future educators to embark on a career in our state.

Louis Malfaro is president of the Texas chapter of the American Federation of Teachers, which represents 65,000 public school employees across Texas.