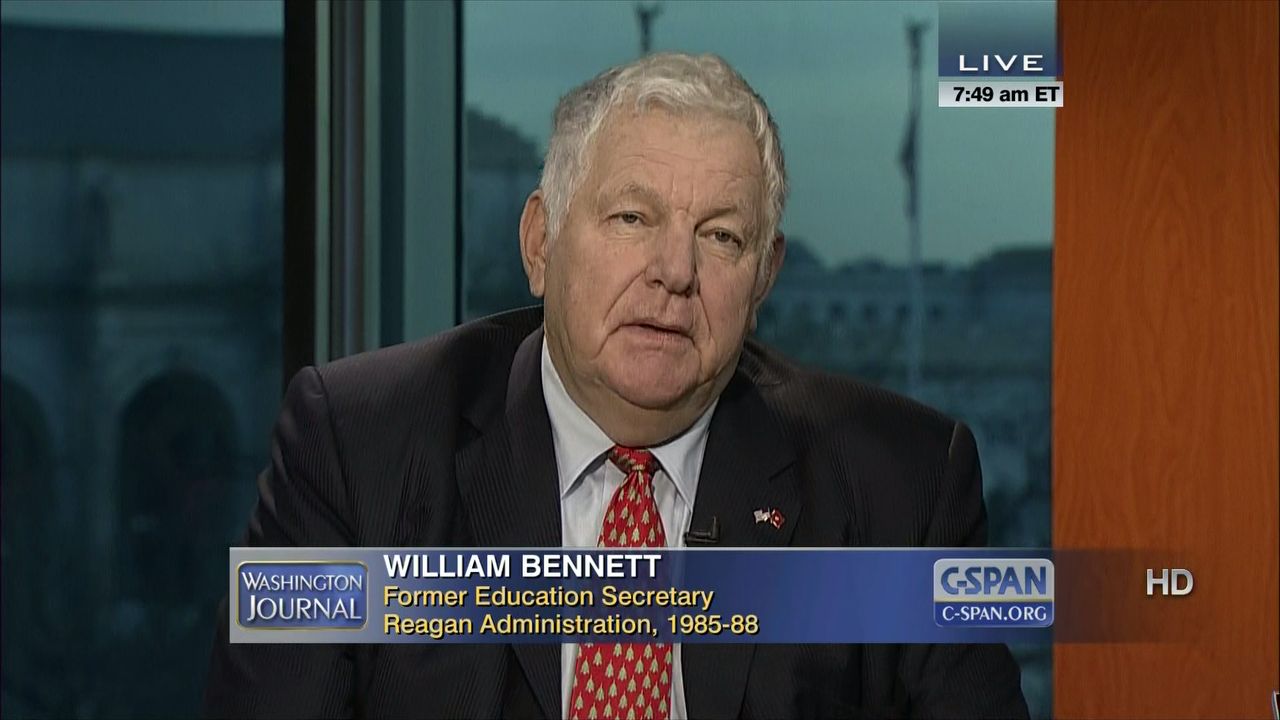 William Bennett–former U.S. secretary of education under President Ronald Reagan–has decided that the teachers who demonstrated with walkouts across the country and the public schools they serve should not “use children as leverage for the gains of others.”

In an opinion piece for Education Week co-authored with Karen Nussle and entitled, “No, Teacher Strikes Do Not Help Students,”​ they write: “Let’s be honest and recognize that the past weeks have not been about serving students, but rather pursuing financial ends, thus hurting the cause of professionalism. There is a time, place, and manner for these fiscal discussions. Strikes during the school year are not it….No other professionals have a summer in which they can pursue their financial goals or other endeavors.”

Bennett now serves as chair of a nonprofit called Conservative Leaders for Education, in which Nussle serves as president.

The two also repeat a popular refrain heard from Gov. Greg Abbott and Lt. Gov Dan Patrick here in Texas, that state government doesn’t control pay increases, which are a result of local school district decisions. They write: “In Colorado, state legislators do not set teacher salaries—that is the role of the local school boards. But the walkout organizers in Colorado clearly think they can maneuver a sweeter deal through disruption, regardless of the consequences for the state’s children and families.”

What they are conveniently not mentioning is that state funding directed to districts–in both Colorado and Texas, as well as most states–has a direct impact on how much districts can afford to pay their school employees. A $1.8 billion school finance package with per-pupil funding increases out of the Texas House last session would have significantly improved chances for local pay raises or contributions to employee health plans, but the bill was blocked by state Senate leadership (Patrick) intent on passing a private-school voucher plan.

Patrick then concocted a meaningless pay raise scheme that would have attempted to mandate pay raises at the district level with no new state funding to pay for them. (Then he lied on the campaign trail, claiming he pushed for a $10,000 teacher pay raise.) Texas actually has a long history of actions in the state Legislature that have funded teacher pay raises, and we’ll cover that history more in upcoming Hotlines.

If you’re in a mood to boil your blood, you can read more of the absurdity from Bennett and Nussle here. But also take note that, fortunately, their opinions are in the minority. National and state polls gauging the public reaction to teacher walkouts have shown overwhelming support for the actions.