The test-driven educational rating system in Texas, with its proliferation of mandatory, standardized tests and attached penalties, has forced our students, teachers, and schools to spend far too much time on test preparation, practice testing, and test administration—to the detriment of real instruction. The excessive emphasis on standardized testing so far has been only partially addressed, not fundamentally corrected, by the legislature. 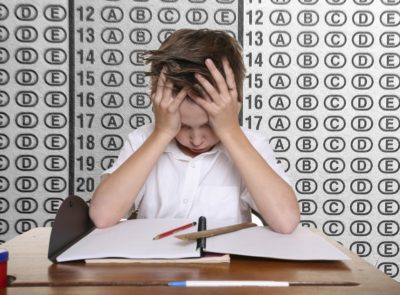 The 2015 legislature narrowly passed a bill providing for simplistic A-F ratings for schools, but the A-F system will not be implemented until 2018 for school districts and 2019 for individual campuses. That gives the 2019 legislature a chance to reconsider and undo the A-F mandate, as other states disillusioned with this scheme have done, before it applies at the campus level.

The A-F model is touted as a transparency tool, but in reality it does not give parents the information they need to understand what is going on at their child’s school and would reinforce the misuse of standardized tests as the be-all, end-all of educational performance. The A-F system has been used in other states as a trigger for issuance of private-school vouchers at taxpayer expense with minimal accountability. Another lesson from other states is that low grades under the A-F scheme tend to correlate closely with high concentrations of low-income students—serving more as a gauge of socioeconomic disadvantage than of school performance. The real issue is how to get needed resources and community supports into high-poverty schools, not to find a more effective way to stigmatize them and their communities.

Support legislation to repeal the A-F ratings mandate and develop a better accountability and assessment system focused on identifying needs and marshaling support and resources for students at struggling campuses.

Support further changes in state law on educational accountability tests and ratings to reduce the classroom time spent on standardized testing and test preparation in elementary and middle schools as well as high school.

Support legislation to require extra help for students and necessary resources for struggling schools before those schools can be subjected to accountability sanctions.

Support measures to ensure that standardized tests are used for diagnostic purposes, to help guide instruction and inform parents and communities about educational strengths and weaknesses of students, and not for high-stakes decisions regarding students, teachers, and schools—uses for which scores on standardized tests are not valid and reliable.