Sen. Judith Zaffirini appointed to the Senate Committees on Education and Higher Education 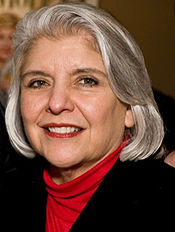 On Tuesday, Lt. Gov. Dan Patrick appointed Sen. Judith Zaffirini to the Senate Committees on Education and Higher Education. Her appointment comes as Senator Kirk Watson announced his retirement this past month, thus leaving his seat on both committees vacant.

Sen. Zaffirini, currently the second highest-ranking senator in the Legislature and has a 100% voting record along with a near-perfect attendance record. Over her 33-year tenure in the Texas Senate, she has sponsored and passed 1,160 bills and 36 substantive resolutions. The Senator has received more than 1,000 awards and honors over her career, but most notably she has been awarded the League of United Latin American Citizens’ Lifetime Achievement Award and has been inducted into the Texas Women’s Hall of Fame.

Sen. Zaffirini’s appointment to both committees is noteworthy because she will be the only senator on either committee with substantil experience as an educator. The senator taught at numerous education levels for 13 years. Sen. Zaffirini has been a champion for public education and higher in the state of Texas. Her efforts secured funding for the creation of Texas A&M International University, and she even had a public elementary school in her hometown of Laredo named after her.