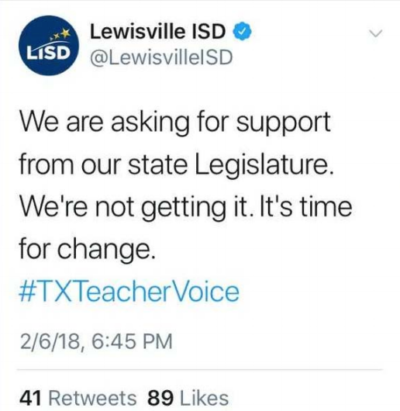 were promoting particular candidates in violation of state law barring use of public resources for the purpose. Some of the alleged infractions did not even mention a candidate, though, and others did not obviously involve use of school resources. So we’re skeptical on the merits of many of his claims.

What seems clear meanwhile is that Paxton’s action is a continuation of a campaign to tarnish a worthy initiative by educators to promote not particular candidates but a “culture of voting” in our schools. On this score we commend to your attention a recent Dallas Morning News editorial that identifies some of the politics behind Paxton’s push against civic engagement by educators and students. The Morning News editors wrote:

On its website, Empower Texans says its mission is to “educate and inspire Texans to exercise effective citizenship.” But some recent shenanigans employed by the conservative group seem to run counter to that mission.

Empower Texans mailed letters to school district employees across Texas, asking them to become “whistleblowers” against their employers: “Some school districts across the State of Texas are vowing to illegally misuse school district recourses [sic] to electioneer for liberal candidates in upcoming elections.”

The letter, written by the group’s general counsel, Tony McDonald, spells out various potential infractions of the Texas Constitution and the Texas Education Code, such as providing transportation to and from polling places as well as promoting or opposing candidates.

If evidence existed that school districts engaged in the kind of malfeasance spelled out by Empower Texans, the letter might have some merit. But the real motivation appears to be an overreaction by state Sen. Paul Bettencourt, R-Houston, who objected to work done by the Texas Educators Vote project. Bettencourt complained to Attorney General Ken Paxton, claiming that a draft resolution by the group, written so that school boards could consider passing it, seeks to “espouse a political perspective on education.”

A review of the resolution, however, reveals no such thing. It encourages the school boards to “create a culture of voting” and recognizes that voting is a civic duty and, as such, should be promoted.

This is a resolution designed to “educate and inspire Texans to exercise effective citizenship.” Empower Texans’ efforts, on the other hand, reek of teacher intimidation. We call on Empower Texans to adhere to its own mission, not thwart it.