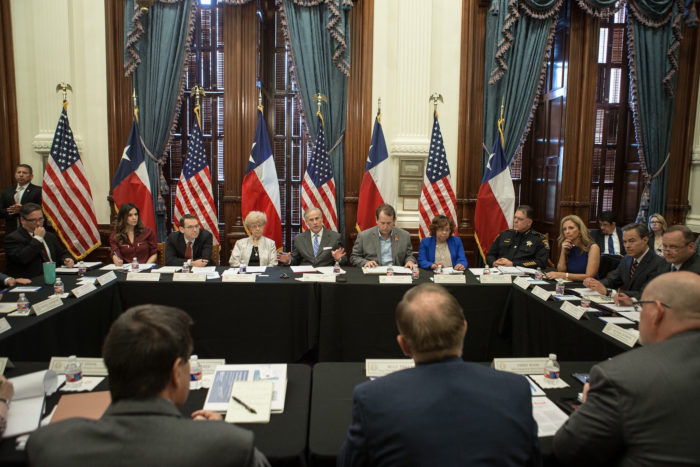 Gov. Greg Abbott held the second of three roundtable discussions on guns and school safety Wednesday. The topics discussed included possible new gun control and safety legislation and mental health services. The Texas Tribune summed up the meeting saying that the only clear common ground found between gun-rights proponents and gun-control advocates was an idea to mandate reporting of lost or stolen guns. U.S. Rep. Lloyd Doggett criticized Abbott for not including groups that started after school shootings–such as Moms Demand Action and A March for Our Lives.

Today’s roundtable will hear from victims and survivors of the Santa Fe High and Sutherland Springs shooting.

Texas AFT President Louis Malfaro called on state lawmakers to move beyond mere words and take concrete actions to better protect children and employees in Texas schools from being shot and killed. “What is needed are concrete steps to stop the carnage,” Malfaro said in a statement after the Santa Fe High shooting.  “That is what is being demanded by students, mothers, fathers, families and educators. The time for mere words is over. Now is the time for action!”