Yet again, Texas has been ranked among the worst in the nation when it comes to investing in our children.  A new study by the Center on Budget and Policy Priorities found that “public investment in K-12 schools–crucial for communities to thrive and the U.S. economy to offer broad opportunity–has declined dramatically in a number of states over the last decade.”

The CBPP found that most states cut funding for public education following “the Great Recession” and that, based on the most recent comprehensive spending data available from the U.S. Census Bureau: 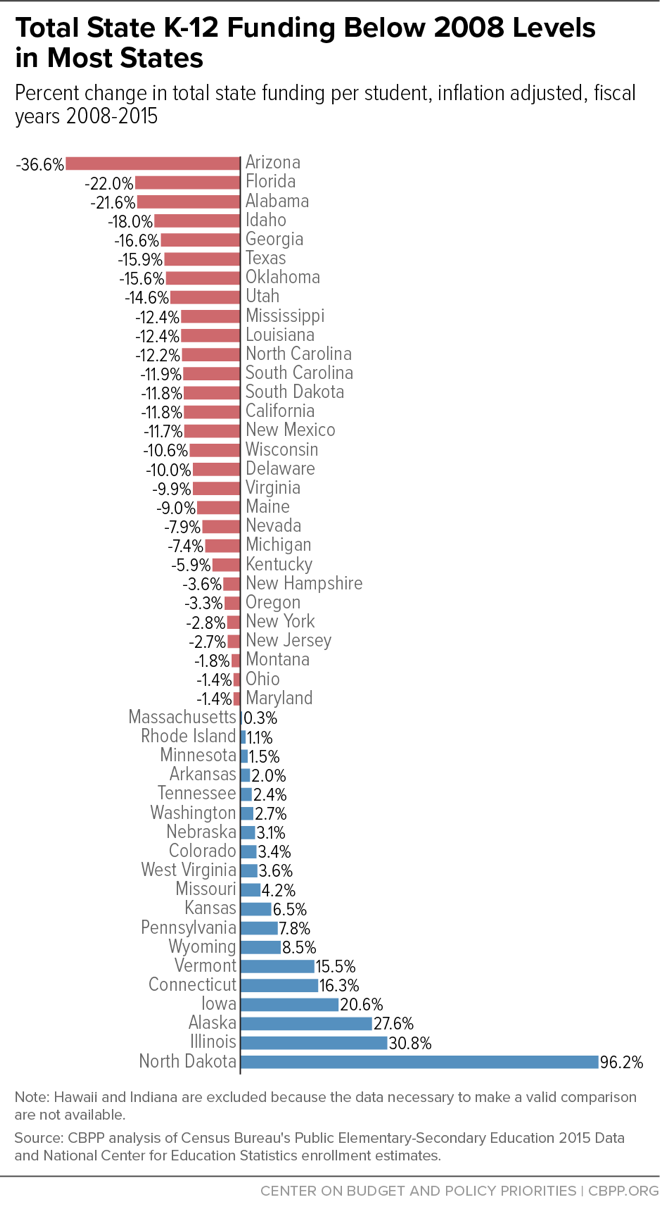 The Texas Legislature has continued to underfund public education since 2015, as documented in “The Consequences of Underfunding our Public Schools,” a report released by the state-level Center for Public Policy Priorities in October. The CPPP found that the “state has not yet returned to its pre-recession per-student funding level of 2008. Furthermore, as funding levels began to recover, the gains were uneven. Educational investment essentially shifted from high school to elementary and from the special programs to basic instruction.”

The picture for Texas is if anything still more bleak if you look at the inflation-adjusted level of formula funding (a combination of state and—increasingly—of local dollars). Only Oklahoma has done worse at sustaining formula funding for school districts, according to the latest data from the national CBPP. The chart below tells the tale. 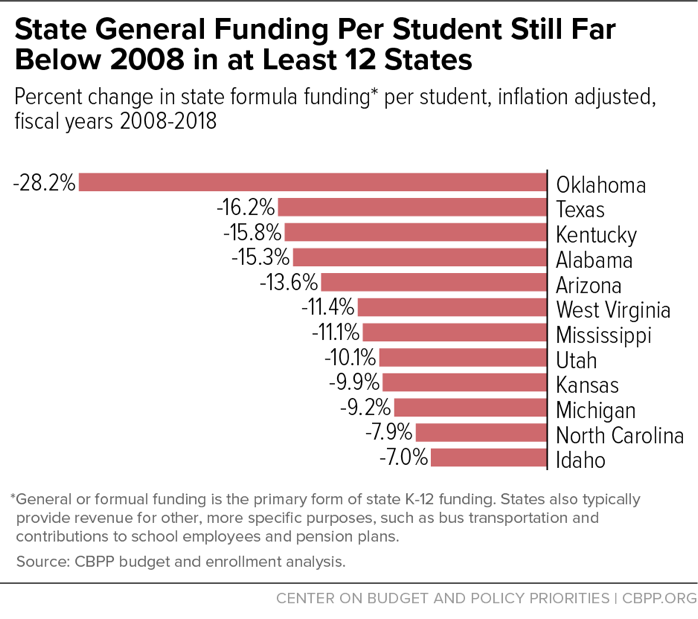