While the 86th Texas Legislative Session doesn’t officially kick off until January 8, 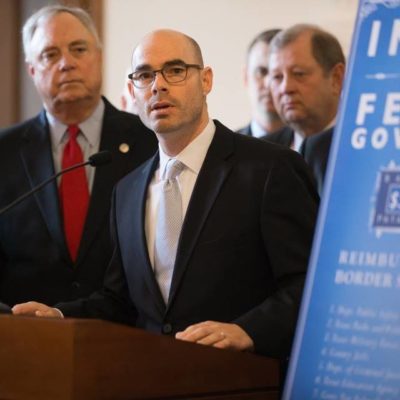 Rep. Dennis Bonnen, R-Angleton, announced he had support from 109 members of the Texas House of Representatives to become the next speaker, who will lead the lower chamber. Bonnen’s announcement came shortly after four other speaker candidates dropped their bids and endorsed him. Members of the House will vote for a speaker officially on the first day of the Legislative session to replace Joe Straus, R- San Antonio, who is retiring.
In an afternoon press conference, Bonnen indicated reforming the Texas school finance system would be a top priority, which has been echoed by numerous House members. He had previously served as chairman of the tax-writing Ways & Means Committee.
In addition, more than 400 bills and constitutional amendments were filed yesterday, on the first day of pre-filing. From bills requiring charters schools to provide school districts notice before opening a campus to a $15 minimum wage, lawmakers from both sides of the aisle had a flurry of new proposals. We’ll be providing highlights of bills impacting our members in upcoming hotlines.