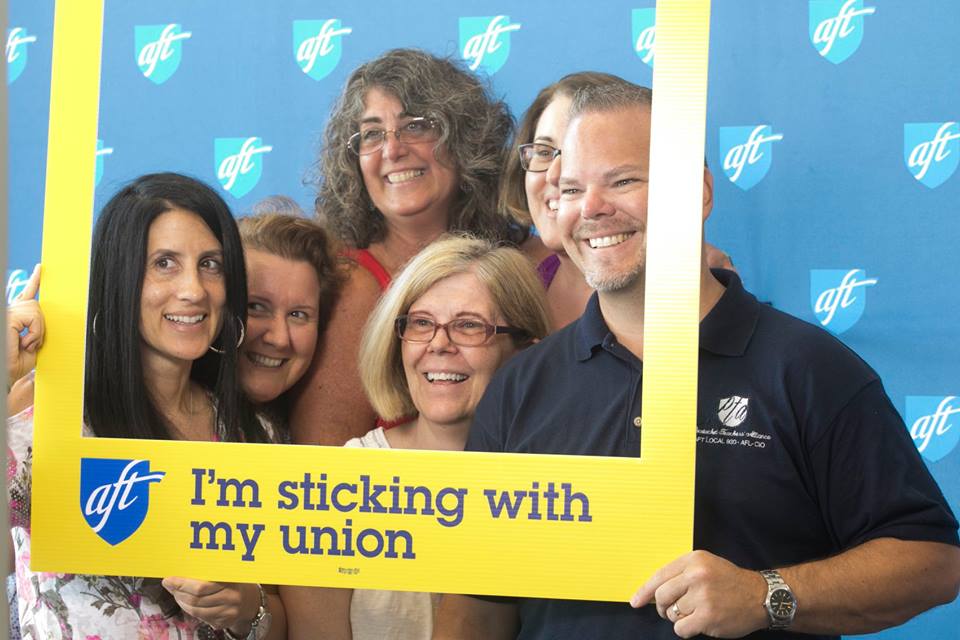 More than 3,000 AFT members from the across the country are in Pittsburgh this week for AFT’s 85th Convention. This year’s theme for the gathering is “We care. We fight. We show up. We vote!”

The meeting kicked off on July 13 with greetings from Pennsylvania Gov. Tom Wolf, followed by a keynote address from AFT President Randi Weingarten. Delegates then heard from Hillary Clinton today, who will join Weingarten to be presented with the AFT Women’s Rights Award. Other speakers slated for the convention include Sen. Elizabeth Warren (D-Mass.), Rep. Conor Lamb (D-Pa.) and Sen. Bernie Sanders (I-Vt.).

A major issue of discussion at the convention will be how to be engage existing members and enroll new members after the U.S. Supreme Court decision on Janus v. AFSCME.​

During the business portions of the convention, the delegates themselves will have an opportunity to consider resolutions on a range of timely issues, including taking collective action to promote public education, fighting austerity and increasing funding for public services, tackling student debt, and creating a healthcare system that eliminates healthcare inequalities.

On Saturday, attendees will participate in a March for Equitable Funding for Public Schools in downtown Pittsburgh. You can keep up with all the happenings on the convention Web site​, and you can sign up for a daily email newsletter here​.