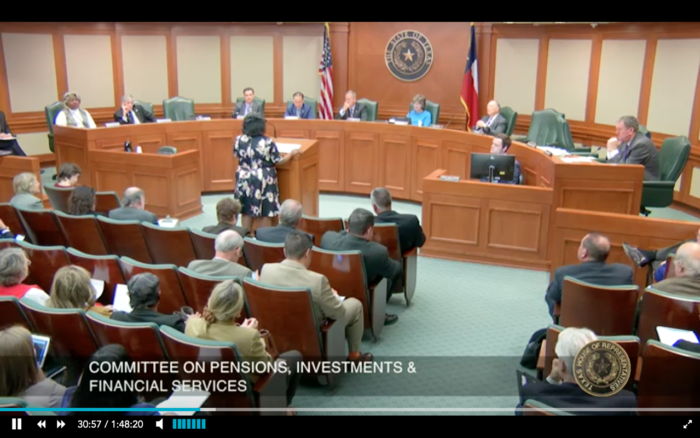 With less than two months to go in the 86th Session, lawmakers have started making big decisions about their financial priorities. Here’s what we know—both the House and Senate indicated this week they intend to spend about $9 billion on a combination of property tax relief and education spending. Both chambers seem to agree that about $2.7 billion should be dedicated to property tax relief. But the similarities end there.

Texas AFT is pleased the Senate Finance Committee Thursday indicated their plan to match the House in overall public education spending. Elections have consequences, and Texas lawmakers are listening to educators’ strong presence at the voting booth. However, we’re a long way from the finish line, and these amounts only represent a down payment on what is necessary to bring Texas public schools up to the national average. You can send an online letter urging our legislators to Fund Our Future here.​

We expect the full Senate to approve their budget next week, and then the two chambers will need to reconcile their versions.

The House on Wednesday also approved a $9 billion supplemental funding bill, SB 500​, which includes $4.3 billion from the Rainy Day Fund. The plan includes $2 billion for Hurricane Harvey reimbursements (including $900 million specifically for ISDs), $11 million for Santa Fe ISD’s recovery efforts, $100 million for school security enhancements as outlined in HB 17​, and $1.3 billion for TRS pension plans (including the 13th check-in HB 9​, see below). This bill spends more money than the Senate’s version and is destined for a conference committee to work out the differences.

The week in review

In less positive news, following the passage of the budget, the House Ways & Means Chair Dustin Borrows rushed the tax-cap measure through committee in the early hours of the morning Thursday. Rep. Ryan Guillen joined the Republicans to vote out of committee the new version, which is not much better than the original bill and still contains the extreme 2.5 percent cap on tax revenue increases without triggering an election. While the bill now exempts community colleges, hospital districts, and emergency service districts, these changes will not help local cities and counties meet the needs of their constituents. (School districts already were not subject to the cap in the bill.)

Tuesday’s House Pensions Committee started bright and early with strong testimony in favor of the House’s TRS pension bill HB 9​. The panel heard from retirees and public school advocates on the importance of shoring up the pension system and the appreciation for stepping up state contribution without taking more money out of working teachers’ paychecks. We want to thank the amazing Ms. Runnels for her wonderful testimony on the importance that this TRS pension bill has and encourage you all to listen to it​. Meanwhile, the Senate passed SB 12​, their “share the pain” actuarial fix for TRS, which raises the state share, while also raising the member and district costs. Texas AFT prefers the House plan, which erases the commitment gap.

In another hearing room on Tuesday morning (and afternoon and evening) the House Public Education Committee met with another marathon day of bills relating to school safety. HB 17, the session’s primary House school safety bill, focused on safety audits and facilities.

On Thursday Mike Morath was advanced by the Senate Nominations Committee to be considered by the full Senate for reappointment as Commissioner for Education. Dick Nance, who taught in Pasadena ISD for 42 years, was also heard in this meeting for the retired teacher position on the TRS Board of Trustees.

Next Wednesday, the House will vote on its marquee school finance legislation (HB 3​). Texas AFT supports this legislation as an important down payment on our future. While the bill makes numerous changes to the Texas school finance system, highlights include:

●      reducing recapture by more than 38 percent this biennium;

●      establishing a program to fund full-day pre-K for certain students;

●      targeting money to schools with higher concentrations of underserved students;

●      providing an additional $140 million for recruiting effective teachers to high-need campuses; and

The House Public Education Committee is meeting Tuesday​ to consider a variety of bills, including HB 1517​, which would create a notification requirement for any school which does not have a nurse present during all instructional hours.

The Senate Education Committee will also be meeting Tuesday​ with several of the bills on the agenda pertaining to dual credit programs.

Texas AFT is excited to see Freshman Rep. Steve Allison is spending his days as a member of the House Public Education Committee defending our public schools. This week, we want to highlight his HB 2760​, which would require the commissioner of education to conduct an impact report on how a new charter school (or charter school expansion) would affect local neighborhood public schools. The commissioner would also be required to hold hearings and gather public input. Rep. Allison’s bill would require the commissioner to report any financial burden that a loss in student enrollment may cause a school district or campus. For too long, unaccountable charter schools have drained public schools of resources with practically no public notice on their expansions. Rep. Allison’s bill levels the playing field, and Texas AFT is excited to support this common-sense legislation.