Your Weekly Briefing: Take action on TRS pension bill; and session winding down to final bills 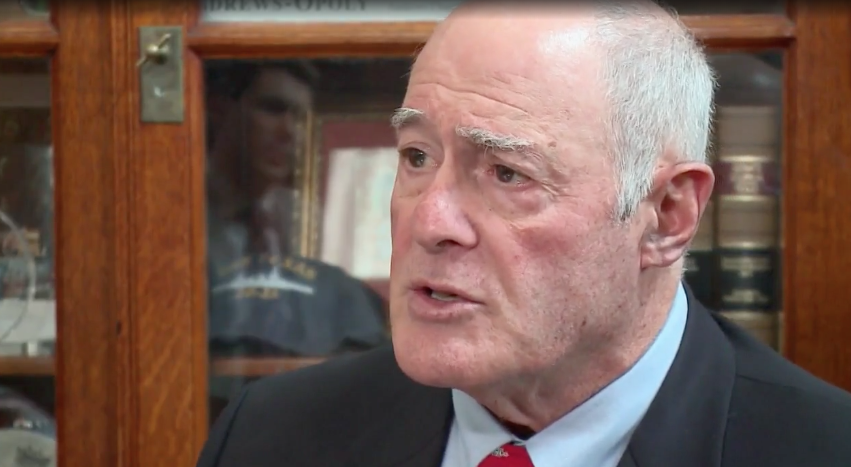 Sen. Kel Seliger’s continuation of graduation committees gets The Great Bill of the Week.

With 10 days to go, conference committees are working to hash out the final versions of school finance and TRS reform, property tax revenue caps, and the state budget. Make sure key lawmakers know where you stand—click here to tell the SB 12 conferees to stick with the House version of the TRS bill, which would make the fund actuarially sound solely through additional state contributions, while also providing a higher 13th check to retirees.

SB 9 by Sen. Bryan Hughes (R-Mineola) was reported favorably out of committee this morning, in light of the heated debate regarding the bill’s voter suppression efforts. SB 9 would make voting while ineligible and providing false information on a voter registration application, even if doing so unknowingly, a felony offense. Additionally, it makes it harder for disabled voters to get the help they need to access the polls.

Finally, end-of-session deadlines are popping up, meaning committees are wrapping up and floor deadlines are getting close. But conference committee reports can be acted on in both the House and the Senate up until May 26.

Things that happened this week

Texas AFT Bills on the Move

SB 1454 by Sen. Larry Taylor provides significant clarification on the disposition of charter school property. This bill clarifies that the state would take over ownership of property in the event of a charter closing.

SB 668 by Sen. Bryan Hughes and Rep. Gary VanDeaver deals with notice requirements by educational entities. While the bill was on the House floor, Rep. VanDeaver added an amendment requiring charter schools to provide at least 18-months notice to school districts that would be affected by a new charter campus. This has been a priority of Texas AFT.

SB 1016 by Sen. Beverly Powell, which would audit TEA training requirements, passed out of House Public Education Thursday. This bill will help eliminate duplicative or unnecessary training required of educators.

SB 232 by Sen. Jose Menendez also passed out of committee on Thursday. It requires an annual notice for parents of students in grades 9 and above that Algebra II is not required for the foundation school program and the consequences of not taking Algebra II, such as not qualifying for automatic admission to Texas universities for students in the top 10 percent of their class.

SB 213 by Sen. Kel Seliger was signed into law by Gov. Abbott today. SB 213 re-authorizes the use of individual graduation committees by postponing the expiration from September 1, 2019, to September 1, 2023. Schools are allowed to create an individual graduation committee to determine whether a student qualifies to graduate if the student has not performed satisfactorily on state assessments otherwise required for graduation. We thank Sen. Seliger for being the leader in ensuring that standardized assessments do not hinder a student from graduating when the graduation committee finds the student has successfully met all other curriculum requirements and is prepared to advance.