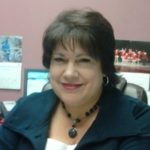 Karrie Washenfelder, president of Fort Bend AFT, is retiring next week after 17 years at the post. Washenfelder, whose southern twang and big smile deflected attention away from her bulldog tenacity, was both a fighter and collaborator—working with her district on numerous initiatives, while also refusing to back down to unfair treatment of school employees. She just settled a case with the district giving $23,000 in back pay to a teacher who was denied due process in a termination. For nearly two decades, Washenfelder has been in the trenches, at the school board meetings, phone banking for School Board candidates, and representing the union on research councils to put best practices into her schools.

As Washenfelder recalled in her farewell letter to members: “I was present at our [union] charter meeting where we voted to form our own local, Local 6198 with 450 members. We have not only survived but thrived over these last 17 years, soaring to 1,800 members while outlasting five superintendents. We stood together during the recession to fight the layoffs of 2010 and 2011 and saved the jobs of all 79 members who fought and demanded contracts for the hard work they had done for Fort Bend ISD.”

Washenfelder will be remembered fondly for spearheading protests in the streets against former Congressman Tom DeLay, who represented Fort Bend. (DeLay was an initial architect of unfair redistricting and was convicted of money laundering, although an appeals court eventually overturned the conviction.)

Hundreds of Houston-area teachers rallied against the former House majority leader for blocking consideration of the Social Security Fairness Act, even though it had 277 bipartisan sponsors at the time. At a memorable protest at DeLay’s office in 2003, the local union rebuffed offers of punch and cookies from the congressman’s staff and instead launched into a chant of, “We don’t want cookies…Give us the dough.”

“I have loved every day I have served in this office; like teaching, union work is fulfilling to the core. Yet, though I love my job, I find the pleasures of hearth and home calling me and I feel it is time for me to leave this awesome, sometimes terrifying, but always rewarding job,” Washenfelder said.

The union’s vice president, Glenda Macal, will take over as president on August 1, and we welcome her to the post.