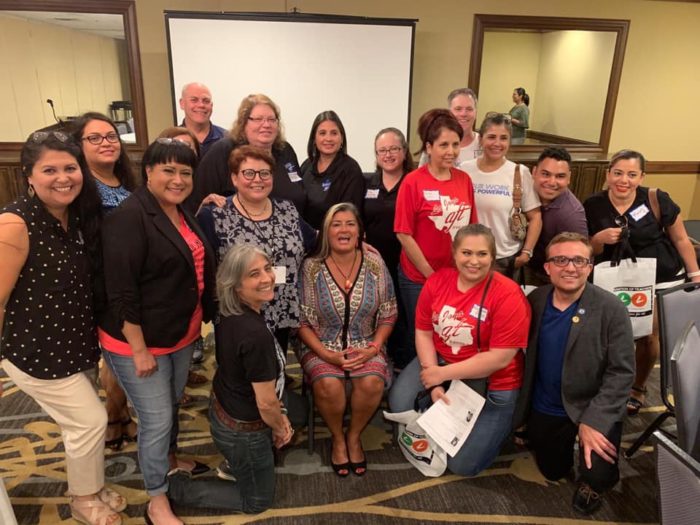 ​Valley local unions gather for a joint leadership meeting to discuss ways to work together.

While the Legislature makes most of the laws that govern the work of educators, it’s up to school employees and our union to ensure that our rights are protected and that we are respected as professionals. Here’s a snapshot of some of the great work by our locals in the Valley.

​McAllen AFT
After local union members and McAllen AFT President Sylvia Tanguma educated School Board members on the need to go higher on pay raises, the Board Monday agreed and revised an original plan for compensation. Teachers and librarians will see a raise averaging 5.67% to 8.78% (averaging $2,750 to $5,000), and other staff will see a raise of 4.5% to 5.5%. McAllen AFT was the only organization to show up and stand up to speak in support of the increases at the meeting. 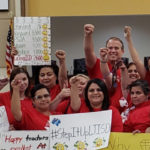 ​La Joya AFT members this month showed they won’t back down, and Texas AFT backed them up. The union called an initial $2,000 pay raise for teachers insufficient and showed up at a recent School Board meeting with signs stating they would remember how individual board members had voted on a pay raise when deciding who to cast a ballot for in the next School Board election. Board members listened and increased the raise from $3,250 to $4,050. However, the district’s attorney sent a letter to the union asking it to “cease and desist from threatening any trustee or any future election” or further legal action would be taken.

Our attorney responded with:  “Inasmuch as this speech involves an election for public office, the qualifications and voting records of those running for office, and the priorities for spending of public monies, La Joya AFT engaged in ‘core’ political speech entitled to the highest protection by our state and federal constitutions….La Joya AFT will not abide by the District’s directive to cease and desist its constitutionally protected speech, nor will it be intimidated by the District’s threats of legal action.” 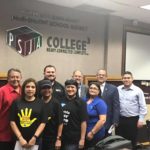 ​PSJA AFT
Our members showed up  their school board meeting Monday as well! After a year of hard work, the School Board finally passed PSJA AFT’s workplace bullying policy, which protects district employee from discrimination, retaliation, and supports the welfare of all employees.

Edinburg AFT
One of the first local union’s in the state to get an anti-workplace-bullying policy passed, Edinburg AFT continues to engage members in new workplace initiatives and is hosting a Back-to-School event this Saturday! For more details, follow this link to their Facebook event. 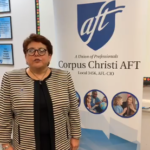 Corpus Christi AFT
While Corpus Christi might not be as close to the border region, it has always shared solidarity with our Valley locals. Corpus Christi AFT launched an intensive campaign that showed the district had the money to do more than the 3% to 5% raises proposed. The union was successful in getting a proposal for more before the School Board for a vote, but the proposal was rejected by a slim majority of the board.  Union President Nancy Vera told local media:  “Teachers are going to remember that when we go to the polls next time.”