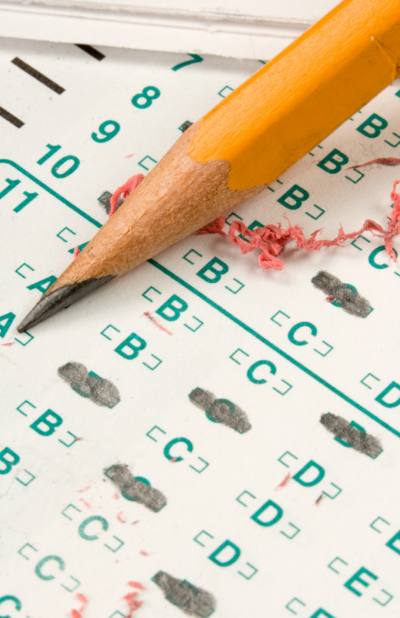 Despite repeated and numerous demands from lawmakers, parents, and educators, Texas Education Commissioner Mike Morath told the State Board of Education this week that students will be required to take the STAAR test this coming 2020-2021 school year. According to Morath, there will be changes to testing such as an expanded testing window and an extended period for online testing.

Because of the cancelled testing this academic year, Morath said it’s going to be difficult to calculate growth and allocate resources. We think that’s nonsense.

Standardized testing does not accurately assess the academic readiness of students and will further stress students and families struggling to deal with the impact of COVID-19. To say this is a tone-deaf move by TEA would be an understatement. Mandating STAAR testing with no end to the pandemic in sight, no way of knowing how schools will be able to open and stay open, much less provide quality instruction to all students, is cruel. Our students and families deserve better. Our profession deserves better. Texas AFT will continue to fight to cancel STAAR, especially this upcoming year.

This week, the State Board of Education discussed Texas health curriculum standards for the first time since 1997. The SBOE heard from over 260 witnesses who testified past 1:00 a.m., the vast majority of whom supported robust health standards for comprehensive sexuality education including curricula about sexual orientation and gender identity.

Currently, Texas health standards support abstinence-only curricula, which do not properly address informed consent and sexual violence prevention, sexual orientation, or gender identity. While Texas teen birth and pregnancy rates have consistently ranked among the highest in the nation, more than 80 percent of school districts still teach abstinence-only or provide no sex education at all. The SBOE will hold a second public hearing in September and will take a final vote on the standards in November.

In addition, board member Georgina Perez pressed the commissioner on the pending approval of nearly 100 charter school expansion amendments. In April, eighteen education organizations sent a letter to the commissioner pleading with him to deny these amendments. If approved, the expansion amendments would increase charter student enrollment by 77,080 students with an additional cost to the state of approximately $90 million annually above the cost to the system if these students were enrolled in school districts. The commissioner stated that the charter amendment requests, for which he has sole authority to approve, are still pending.

Later, the conversation on charters continued with a robust discussion led by Ruben Cortez and Georgina Perez about whether the Permanent School Fund should add an additional $1 billion in bond backing for unaccountable charter schools that are prone to bond default. The attempt to halt this expanded liability failed by a 9-5 vote against the motion to delay consideration until the state has more certainty on the budget outlook. We thank board members Perez and Cortez for being vigilant stewards of state education dollars at an unprecedented time when our public schools are being asked to do more with less.