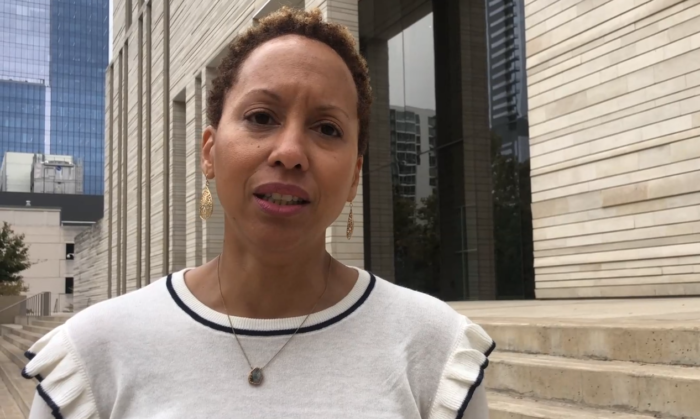 Hear HFT Member Maxie Hollingsworth on why her vote is important for a democratically-elected School Board.

The Houston Federation of Teachers joined Houston ISD in federal court in Austin yesterday seeking an injunction to halt the state takeover of the district. While the district’s argument centered around issues regarding the Education Commissioner Mike Morath’s authority to order the takeover and accountability laws and rules, attorneys for HFT spoke to the disenfranchisement of district voters, since the state would appoint a board of managers to replace the democratically-elected School Board members.

Highlighting our argument in testimony was HFT member and HISD teacher, Maxie Hollingsworth, a plaintiff in the case against the state. Hollingsworth said that as an African American, with the history of disenfranchisement, she takes voting and democratic representation very seriously. “I take my daughters with me every time I vote,” she said. “So to be told that my vote is irrelevant tells me that I am irrelevant. As a parent and as a teacher, we are educating the most important resource that we have, which is our students, our children. The people who make decisions about their education must be from the community. They must know our community and they must care deeply about our community, irrespective of any other goal.”

Hollingsworth told the court she fears a board of managers would lead to larger class sizes, experienced teachers being pushed out of the district, students not being assessed properly for special education, a loss of wrap-around services, and an agenda to privatize the schools. 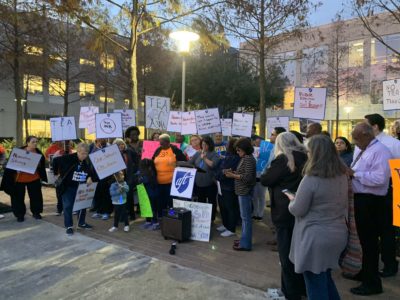 “Based on what I have seen and read and experienced so far, it does not appear that the state has any sincere intention of listening to the community,” she said. “We have spoken multiple times, we have done it at rallies, we have done it at school board meetings, we have done it through elections, to state very clearly what we want for our community, for our schools. What I have seen and heard from the state has been very hostile language about the leaders, the teachers and the students and the parents of the district. It does not sound to me as if these are people who have the students of Houston in the forefront of their minds.

“I fear larger class sizes. I fear experienced veteran teachers leaving the district, being pushed out. I fear less experienced teachers being pulled in. I fear black and brown students being suspended at higher rates. I fear students not being served in the way they need, not being assessed or provided the services they need. I fear a reduction in wrap-around services in the schools that need them. And I fear a complete takeover of the schools that focus on just privatizing…It means that someone has a financial agenda to come in and take over the schools, and they are looking at strictly at dollars and cents, and not looking at the best interests of the students.” 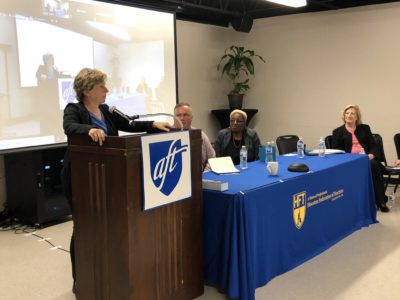 She noted to the court that she had some direct experience with charter schools. “My first year as a teacher was with a charter school. I had a fantastic time with my students and the parents. They were amazing. The administration, however, who were not educators, could not answer basic questions that I had about instructional practices. We had travertine floors. We had granite countertops in the bathrooms. We had no librarian. We hand no nurse. We had no specialists. We had no services for our students.”

U.S. District Judge Lee Yeakel will issue a ruling on the injunction—which would stop the process for a takeover until further court proceedings—and while the timing of the ruling is uncertain, it is expected in the next few days.

Meanwhile, HFT has continued to engage the community on the issue by holding a packed Town Hall Meeting Tuesday night with elected officials and AFT President Randi Weingarten, and a rally at the district headquarters on Thursday.