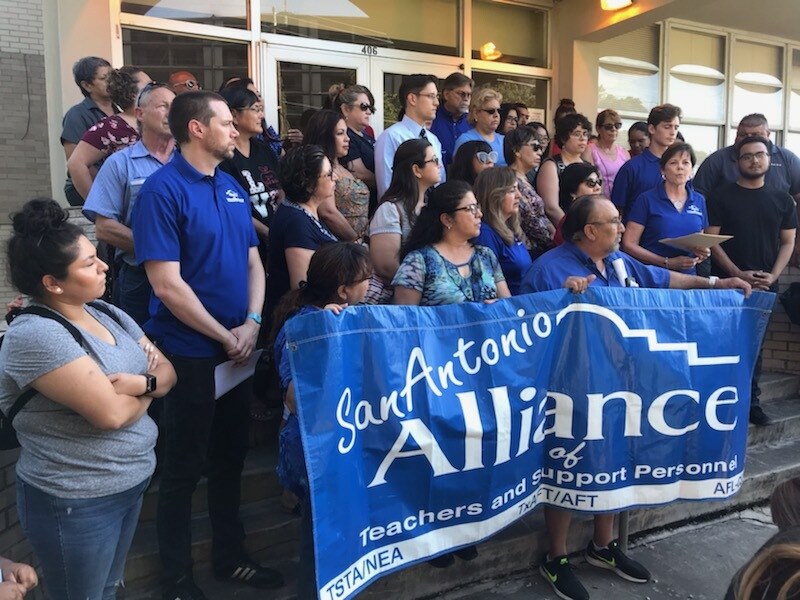 In a significant victory for teachers’ rights in the face of charter-school takeovers, a Travis County District Court this week ruled that the Texas Education Agency had no authority to write rules that prevented teacher input and put their district contract rights in jeopardy when facing a charter takeover on their campus.

At question in the Texas AFT lawsuit were TEA rules written around SB 1882, a controversial law that allows districts to “partner” with charter school operators and other nonprofits to run campuses rated “Improvement Required” for five years under state accountability laws (based heavily on STAAR scores). SB 1882 gave threatened districts a reprieve from state sanctions in exchange for additional funds and handing over control to the charter operator. The alternative for districts that do not hand over control to a charter under SB 1882 is state takeover of the entire district just for one campus not meeting these standards–a situation we now see in Houston ISD. The financial incentive for the SB 1882 partnerships amounts to a charter school per-pupil funding advantage—up to $1,900 more per student—to the district for students on these  “partner” charter campuses.

The Legislature had included a safeguard in the law requiring districts to provide teachers a direct voice in developing the provisions of the contract with the charter operator to run the campus, as well as a provision that existing contract rights of teachers could not be adversely affected by the new arrangement.  TEA rules limited the requirement for teacher input by limiting those teacher protection provisions to open enrollment charter schools, as opposed to the host of other types of charter operators who are eligible for the partnerships. Additionally, TEA allowed the “partner” charter operator to have complete control over school policies and employee rights and determined that teachers could not appeal the denial of grievances raising legal violations in the partnership agreements to TEA and the courts.

“SB 1882 was a perverse law to begin with, since it offered money and an escape from state sanctions—ones that are based on a misuse of testing—to districts as a way to fuel charter expansion,” said Zeph Capo, Texas AFT president. “The law is just another piece of an overall agenda to create new charter campuses, even within our existing high-performing public school districts.”

San Antonio ISD’s Stewart Elementary was one example in which a school district did not appropriately consult with faculty and staff about the district’s contract to allow a charter take-over in 2018.  In that situation, the district entered an agreement with Democracy Prep, a charter company out of New York, and would not listen to teacher concerns about how the take-over would adversely affect the Stewart students and families, even though the teachers who had been working in the community for years knew best what their students needed. The district also allowed the charter company to hire teachers without contract protections who were employees of the charter company, not of the district. The district argued that it did not have to abide by the teacher protection provisions in the law because Democracy Prep is a non-profit, not an open-enrollment charter school, the same position taken by the Commissioner in the rules the agency developed. (Democracy Prep is an out-of-state charter operator without the official open-enrollment charter status.)

In the lawsuit, Texas AFT and TSTA challenged TEA’s rules as violating the teacher protection provisions in the law and exceeding the Commissioner’s authority. They argued that the law’s intent and actual wording made the provisions apply to all entities applying to take over a campus and that TEA did not have the authority to change those requirements with its rules. Travis County District Court Judge Jan Soifer agreed with our position and determined the Commissioner’s rules are invalid and void.

“The overall purpose of SB 1822 is misguided,” Capo said. “Nevertheless, we understand how enticing these incentives can be to districts, so if they are going to take this route, teachers should at least be afforded the protection of the law for having a say in how their campuses will be run and what policy they will be working under.”