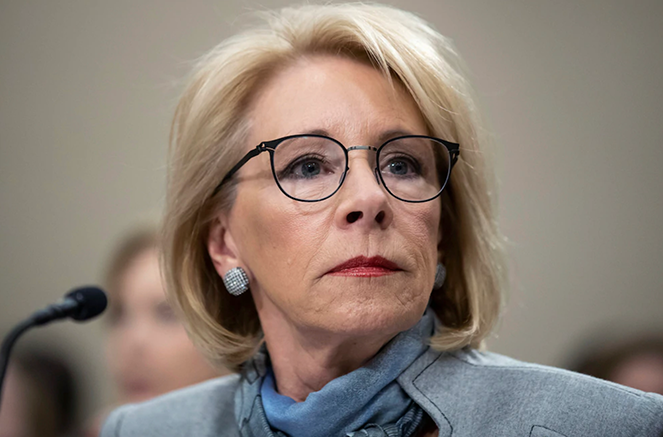 U.S. Education Secretary Betsy DeVos isn’t letting the coronavirus slow her down in her attempts to privatize public education; in fact it seems to have made her more determined. DeVos is taking $180 million from the CARES Act passed in late March to fund state grants for “microgrants”—really private-school vouchers—or state-created virtual schools, likely private or run by charter operators.

The CARES Act provided $13.5 billion, far less than the $75 billion proposed by AFT, to distribute to states to assist in funding public education. Our friends at the Network for Public Education have an online letter you can send to your members of Congress demanding that all relief be sent to true public schools.

Also revealed this week was a seemingly cozy relationship between DeVos and IDEA charter schools, which are seeking to expand rapidly across Texas. Just under two weeks after IDEA Public Schools CEO Tom Torkelson stepped down as CEO, the charter school network is back in the news, this time being accused of running political interference to secure a multimillion-dollar federal grant from the Department of Education.

The professional staff rejected IDEA for funding because they deemed the network “high risk” in light of the network’s inefficient use of funds in the past. This past year the charter network has faced harsh criticism for their use of funds after planning to lease a private jet (which was used to fly Torkelson to meet with federal officials) for millions of dollars and spending hundreds of thousands of dollars on box tickets at the AT&T Center in San Antonio.