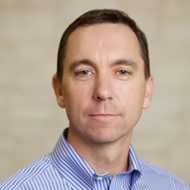 IDEA Public Schools Co-Founder and CEO Tom Torkelson announced last week that he would be stepping down from his position leading Texas’ largest charter school network. The members of the board of the charter school network selected Joann Gama, the organization’s current president, superintendent, and other co-founder, to replace Torkleson as CEO.

Torkelson’s 20-year run at the helm of IDEA was marked with controversy. While he oversaw the aggressive expansion of IDEA from a single school at the border into a massive interstate entity, the network was frequently accused of insider business dealings, having awarded numerous contracts to companies associated with board members’ relatives. Torkelson also faced criticism for extravagant and unnecessary expenditures. Texas AFT revealed–and received media coverage on–IDEA’s $400,000 annual tab for luxury boxes at San Antonio’s AT&T Center and a private charter jet lease at an annual cost of $1.92 million, which earned IDEA inclusion in the Washington Post’s “5 most serious charter school scandals of 2019.”

(IDEA backtracked and canceled both expenditures.) Torkelson earned $555,069 in compensation in 2017-18, making him the state’s highest-paid public K-12 school employee. IDEA Public Schools and Tom Torkelson’s salary are paid for with public dollars.

Upon the announcement of Torkelson’s departure, IDEA board chair Al Lopez stated that Torkelson would be stepping down “to embark on the next chapter of his career,” but there is currently no word of what that next chapter will entail. Torkelson reportedly does not have another job immediately lined up and has stated that he does not plan to take another executive position with IDEA or its wholly-owned subsidiary, IPS Enterprises, which was created to assist the network’s expansion outside of Texas.