We are three teachers benefiting from higher salaries, but we need to reveal the ugly side of pay for test scores

Our state Legislature last session worked its way through funding proposals that should result in significant new money for our students, as well as increased pay for educators. We also saw a recognition of the need to devote more resources to struggling campuses, those termed low-performing and with high populations of low-income students, English learners and others who need more assistance to achieve. That agenda put Dallas ISD in the spotlight for its use of two programs—the Teacher Excellence Initiative (TEI) and the Accelerating Campus Excellence (ACE).

Education Commissioner Mike Morath and Dallas ISD Superintendent Michael Hinojosa promote these programs as a way to pay the supposedly best teachers more money to retain them, while also offering some stipends to work at low-performing campuses to raise test scores. TEI identifies these teachers, in large part, by the results of their students’ STAAR test scores. What isn’t mentioned often are the disturbing impacts of TEI: creating a disincentive to teach struggling students, unfairly compensating teachers, causing high turnover and low morale, and exacerbating the problem of teaching to the test. 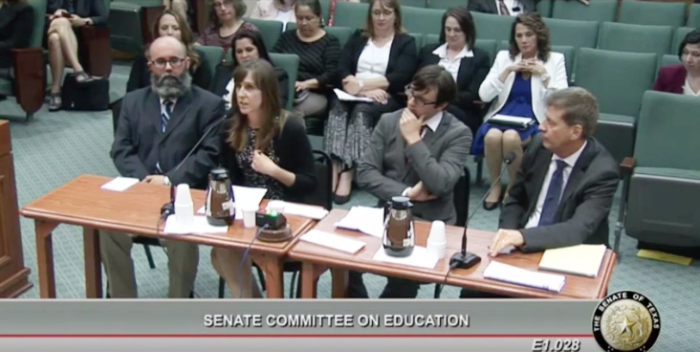 We know this, because we are three Dallas ISD teachers who have benefited from higher pay from TEI, and yet we are witness to its significant flaws and the faulty information glorifying it in the media. It’s essential now to dispel this hype and reveal TEI’s ugly side.

Comparing median salaries to the socioeconomic status of each campus, we found that the system is rewarding those who already are teaching kids achieving well. In 2018, TEI identified 60 percent of the teachers at Lakewood Elementary as “distinguished teachers” with the highest ranking. The school also had the highest median salary increase for a neighborhood campus. Yet that elementary is one of the most affluent, least diverse schools, with high numbers of Gifted and Talented program students, and low numbers of English Learners and special education students. We see this pattern across the district and found that the largest raises are given to teachers at wealthier schools and magnet campuses. These teachers are deserving of the extra compensation, but left out are equally hard-working and effective teachers at other campuses.  TEI also is flawed because of the limited pot of money available, so it caps the number of teachers in each rating category that will result in higher pay. Many teachers who are scored almost as high as their peers are not rewarded the same, and even teachers with improving scores are often left in the middle of the pack with lower compensation. 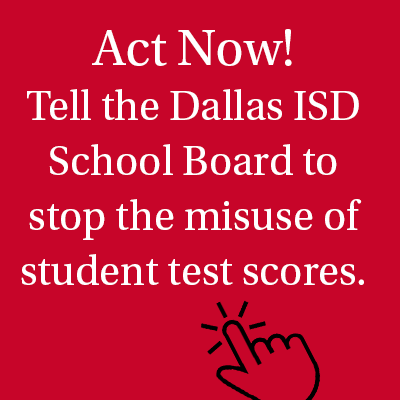 Dallas ISD officials like to highlight statistics that show TEI is retaining the highest-rated teachers at higher rates. Lost in these stats are the enormous numbers of highly-experienced teachers who, because of these caps, aren’t receiving as big of a pay increase. The result is low morale as they watch more novice teachers get paid more, and many leave the district or profession. On our campuses, students are left without mentors, coaches, and role models, as attrition is consistently high.

Most disturbing for us, however, is the effect TEI has on our students. Instructional time and hands-on activities—such as labs, discussions, or inquiry-based lessons—are often foregone in favor of rote test prep for the large number of assessments given. We estimate about one month of a teacher’s time involves either administering or preparing to administer an assessment. Due to the high-stakes nature of these tests, teachers are forced to either do what’s right for their students or go against their conscience to better financially support their own families by striving for a higher TEI score. Even more perverse is the fact the STAAR test is not even designed for teacher evaluation and is being misused.

As teachers who want to help all students we are alarmed that all evidence suggests that TEI actually creates a financial disincentive for teachers to serve at campuses with the highest levels of need. We have been rewarded well under this system, but we won’t ignore the inconvenient truths that we’ve discovered in the data, nor will be silent witnesses to the destructive side-effects of pay based on student test scores. The Legislature and the Dallas ISD School Board should start listening to the real experts in education policy—teachers—and refuse any measures that would promote pay for test scores.