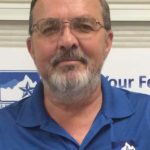 Our local union in El Paso has a reputation for not putting up with the district administration trying to dictate how teachers grade their students. The union filed a class action grievance against El Paso ISD after the district attempted to mandate that teachers allow two retakes for assignments, even if the student hadn’t attempted to do the work initially. The grievance settlement brought that number back to one retake allowed for work that was attempted. In other words, if you blow off work and don’t do it, you aren’t guaranteed a retake, but if you attempted it, there is a process that allows the student to retake with a maximum grade of 70.

The district also had tried to set specific numbers of summative and formative grades that went beyond anything rationale that allowed educators the freedom to construct their courses. In a settlement of the grievance the district and union agreed on more common sense numbers and descriptions of grades that follow state law.

“This was a six-month, intensive effort to get the district to follow state law,” said Ross Moore, El Paso AFT president. “The key here was giving teachers the flexibility to use common sense in the number of grades, how they grade and how they give students who are truly trying opportunities to learn the curriculum and raise their grades.”