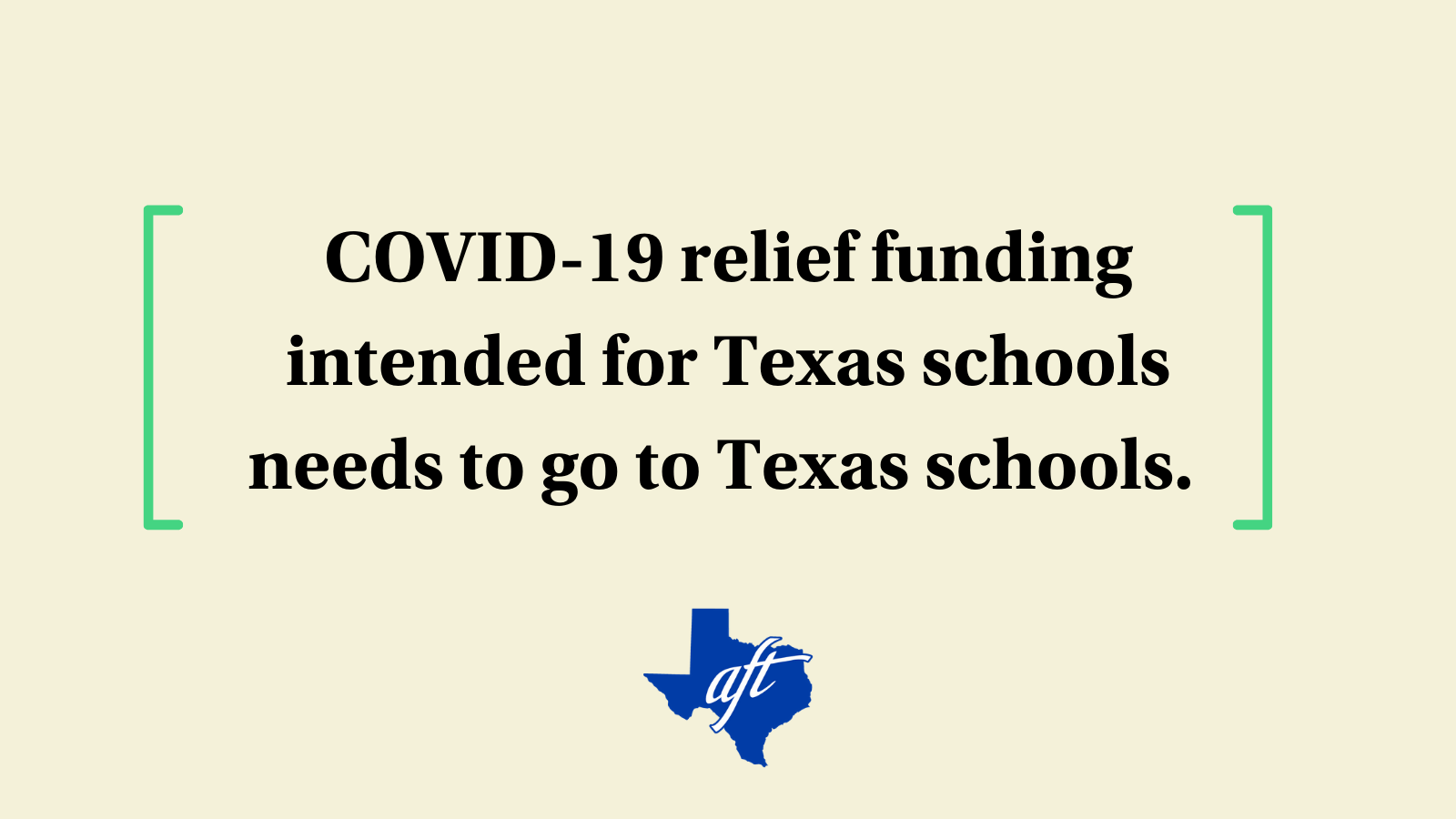 All together, $17.9 billion in federal COVID-19 relief funding intended for Texas schools has yet to be delivered to them. We need state leaders to send these funds directly to school districts immediately.

If you believe in this cause, join our union — we need your help in this fight.

Nearly $18 billion from two rounds of federal funding for our schools is in limbo as state leaders dither — and look for ways to repurpose those funds as they did with the first round of federal relief dollars.

Send a Letter: We need our state leaders to commit to sending federal dollars for schools directly to schools. Last spring, they scammed us by swapping federal relief money for planned state funding, so our schools didn’t see an extra dime.

Our neighborhood schools are still waiting for that money, even as they struggle to implement safety measures on campuses, safeguard jobs and benefits, and help students, employees, and communities recover from this pandemic.

Why are they still waiting? Because state leaders would rather balance their other budget priorities rather than address a crisis affecting our children — just like they’ve done before.

In April, Texas AFT President Zeph Capo discussed the urgent need for state leaders and the Texas Legislature to release the nearly $18 billion in federal funding for schools, directly to schools.

That $12.4 billion isn’t the only money waiting to be allocated by state leaders. Last year, Texas received two rounds of stimulus funding:

When you use someone else’s money to pay your old debts, it’s called a Ponzi scheme. That’s the scam that happened with the first $1.3 billion in relief money last year, and it’s the scam that could happen again if we don’t raise our voices.

We need state leaders — with Gov. Greg Abbott and his appointed education commission in the driver’s seat — to commit to sending all $17.9 billion in federal aid directly to Texas schools, with no funny business and no swapping like the first round of stimulus funding. We need to stop the swap.

Full and adequate funding for public schools is always one of our union’s top priorities. If you want to join the fight for well-funded public education, consider joining our union today.