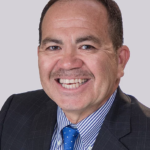 Art Fierro, a candidate endorsed by Texas AFT and our local El Paso AFT, won a special election yesterday for House District 79 in El Paso to replace Joe Pickett, who retired for health reasons. Fierro, a Democrat and chair of the El Paso Community College board, beat out two contenders to take the seat with 53 percent of the vote.

And a special election yesterday in House District 145 in Houston resulted in a two Democrats–Christina Morales and Melissa Noriega–emerging from a field of eight candidates to head to a runoff for the seat previously held by ex-state Rep. Carol Alvarado, a Houston Democrat who successfully ran for state Senate District 6.