March on Capitol leads to inspiring connection with former student 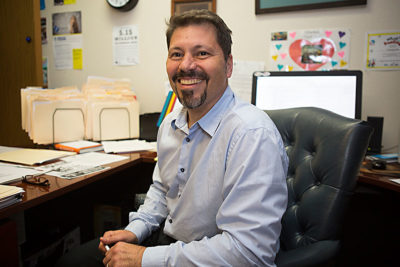 of Texas educators made our voices heard on behalf of our students. From the steps of the Capitol, in the offices of legislators, and to the top of the rotunda, our message was focused, simple, loud and clear: Fund Our Schools!

Too many years of neglect have left our schools and students under-resourced, and our members underpaid and lacking access to decent and affordable health care. We were not there to pick between a pay raise for some or more money for schools. We let the legislature know that they needed to put more—much more—on the table for public education. And a real pay raise, not merit pay. As I write, the Texas House Public Education Committee has passed a bill that does much of what we have asked they do. We will be vigilant in the coming weeks and months as we work with lawmakers to be sure they do right by our kids and by those who serve them daily.

Thanks to our communications team we received great media coverage across the state and nation. Through the power of social media, the thousands of us in Austin could be seen and heard across the state as literally tens of thousands watched, listened and tuned in to our day of action. One of the educators who didn’t make it to Austin but who tuned in from deep East Texas was Aisha Lee, who saw and heard the speakers at the event and recognized an old teacher—me!

I got an extra something I never expected from the March to the Capitol—a reconnection with one of my former students. Lee is now a teacher herself in New Boston ISD! She reached out to me on Facebook to ask if I remembered her. Remember her? I told her that her photo hangs on the wall in my office! 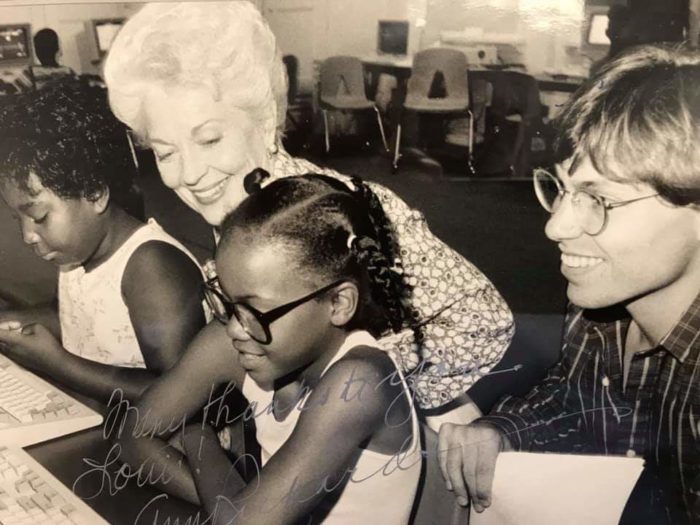 Here we are on the day when then-candidate Ann Richards visited our classroom.

These are Aisha’s words posted online: “I have been afforded some great opportunities in my life and had the privilege to meet and learn from some of the greatest. I found a teacher of mine on Facebook yesterday, while watching him speak at a rally in front of the state Capitol this past week. I didn’t know if he would remember me, but I reached out to him anyway to let him know how much of an inspiration he was/is and how it did my heart good to see him fighting the good fight for our profession. He responded saying not only did he remember me, but that a photo of me still hangs in his office today.”

“This photo was taken when I was 8 or 9 years old at Blackshear Elementary in Austin, Texas. Candidate for governor, Ann Richards, who later became governor of Texas, stopped by my school and met with teachers and students. Mr. Malfaro is in this picture with me, Ann Richards, and my friend Ashland. After winning office, I had the opportunity to interview Governor Richards at the state Capitol. I write all of this to say that you never know who you will inspire in this thing called life. Live a life that is worthy of inspiration, and the loves you touch will be immeasurable. I’ve always known that my purpose was service. I thank those that have paved the way for me to be who and what I am today. PS – This photo will now hang in my office as well Mr. Malfaro!”

A better gift no educator will ever receive. Thank you Aisha Lee! I am proud to be a teacher and am fortunate to be reminded by Aisha that as educators, we change lives in the present and into the future. Let’s keep up the fight my friends!