A record turnout for early voting in Texas: Add to the count on Election Day tomorrow!

No matter what your political party of preference is, it’s always good to see more Texans participating in primary elections, which traditionally have horrendously low turnouts in years without a presidential race. So we’re happy to report that the previous turnout record has been smashed by a huge margin. Our hope is that educators–who traditionally vote in higher percentages than the general public–are a good chunk of these totals, reported today by the Austin American Statesman:

Texans in the 15 largest counties have smashed the record for early voting in a non-presidential year, thanks largely to a huge surge in Democratic participation.

According to final figures posted Saturday by the Texas Secretary of State’s office, 885,574 Texas voted early in person or by mail over 11 days of early voting, which ended Friday. The primary is Tuesday. 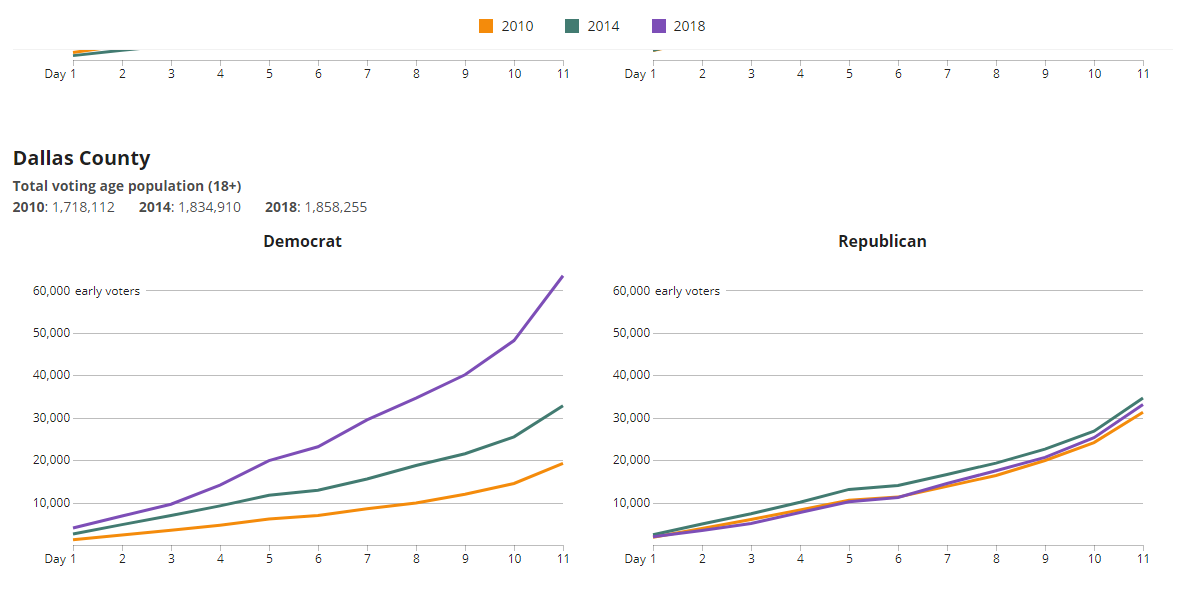 That figure is up from 592,153 early votes in the comparable period before the 2014 March primary in the last midterm elections — a nearly 50 percent increase.

In other words, more than twice as many people voted early in the Democratic primaries in 2018 as in 2014, while Republican early voting crept up by 15 percent.

If you haven’t voted early, tomorrow is your chance to cast your vote and help make an Election Day turnout record as well.