Our take on the SCOTUS Janus decision intended to hurt unions 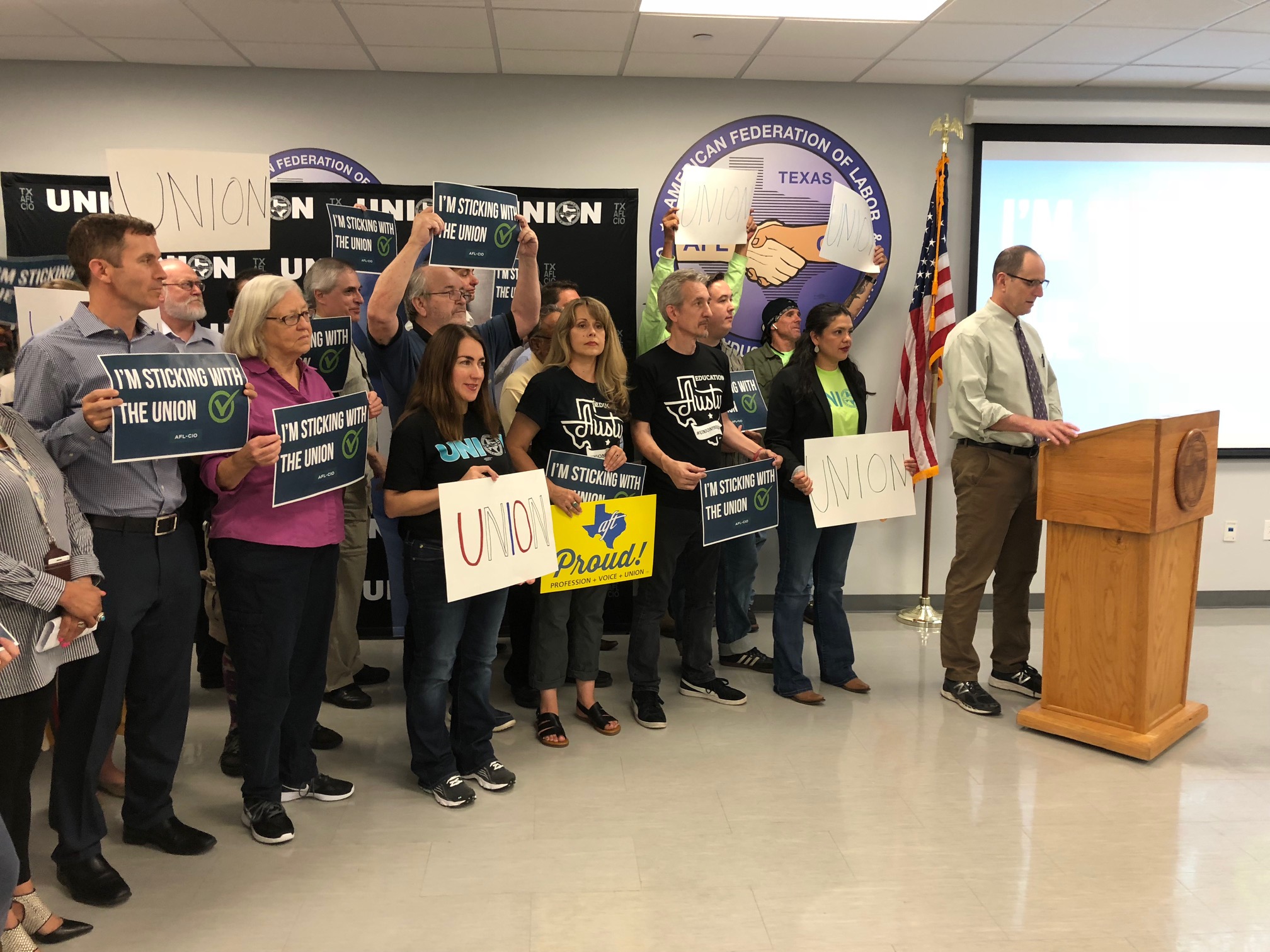 Texas AFL-CIO President Rick Levy heads a press conference today in Austin with public-sector union members pledging to fight back against the Janus ruling and grow our unions.

Apologies if you’ve received multiple messages from different sources on the Janus opinion released today.​ But it’s an important case that will require a dramatic shift in how public-sector unions across the country operate. It’s important to note the big picture, however, that our unions will continue to fight for working Americans, and if anything, this ruling will energize that fight.

As Texas AFT President Louis Malfaro said at a news conference today on the decision: “Most of the teacher walkouts have gone on in right-to-work states…That didn’t stop those teachers, bus drivers and school employees from standing up on behalf of themselves and those they serve!​” To sum up our take on the decision, here’s our news release from today:

Teachers and school employees belonging to the Texas American Federation of Teachers—the state’s largest public-sector union—will be sending messages to their elected officials and fellow union members across the country denouncing today’s U.S. Supreme Court decision on Janus v. AFSCME, while also pledging to stand together and fight for economic opportunity for all Americans.

“Today the U.S. Supreme Court upended years of precedent and sided with corporate 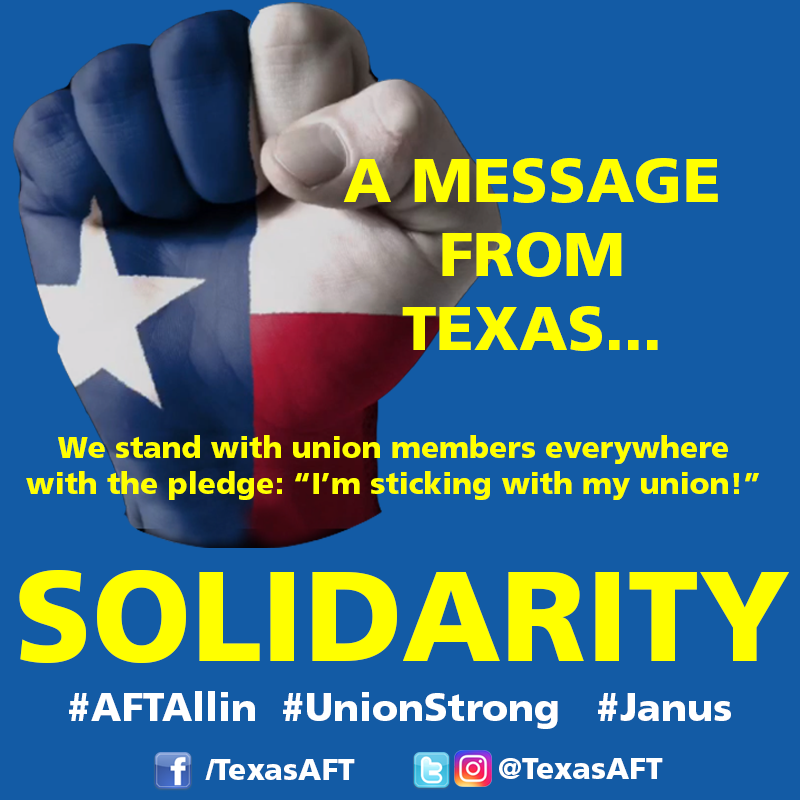 paymasters over the little guy in the Janus decision,” said Louis Malfaro, Texas AFT president. “Janus reverses a prior unanimous Supreme Court case that held that when a majority of workers elect a union to represent them, it is fair (and legal) for all workers who benefit from the resulting collectively-bargained contract between labor and management to help pay for the maintenance of that contract.”

Texas, like 23 other states, is a right-to-work state, meaning that union membership is not required (and there is no collective bargaining for school employees), and all who join Texas AFT do so voluntarily. Therefore, the union does not have nonmember fees (sometimes called fair-share or agency fees), and there won’t be any direct impact on Texas AFT.

AFT and other public-sector unions are and will remain a vibrant force for working people and will continue fighting to sustain our families, improve our workplaces and make our communities stronger, regardless of the court’s ruling.

Those behind the Janus case (wealthy interests like the Koch brothers) wanted the court to overrule decades of precedent enabling public sector unions to charge a fair-share fee to nonmembers for the representation the unions are required to provide. In this round, the wealthy interests won, with an argument that these fees violate a worker’s first amendment rights by “forcing” them to support political speech they don’t support.

“Today’s ruling is based on the bizarre argument that everything a public-sector union does, from paying the light bill, to negotiating a contract, to representing a worker in a grievance hearing is all political activity and that any fees paid to a union are therefore political speech,” Malfaro said. “Hogwash! The law already restricts unions from using member dues for partisan political purposes, which is why unions like ours collect voluntary political action committee dollars from some of our members who choose to contribute. The slim majority on the Supreme Court has disregarded precedent and engaged in judicial contortions to come up with this highly-politicized ruling. Shame on the Court joining in the corporate-funded attack on the right of working people to form unions and collectively bargain for wages, hours and working conditions.”

The end goal of Janus, of course, is to cripple labor unions, weaken workers’ rights, and further exacerbate the imbalance of power in our economic, political and social systems. “Janus will serve as a rallying cry, even for those in right-to-work states, to reaffirm our commitment to unions and ensure that the gains and protections they provide are not lost because of one court battle,” Malfaro said. “We’re calling on Texas union members who pay dues to support our collective effort to invite our non-union brothers and sisters in Texas to get on board with us. Only through collective action can we defend the public school system from privatizers and de-funders, and ensure our rights as educators and public employees are respected and protected.”

For more information on our response, see https://www.texasaft.org/janus.