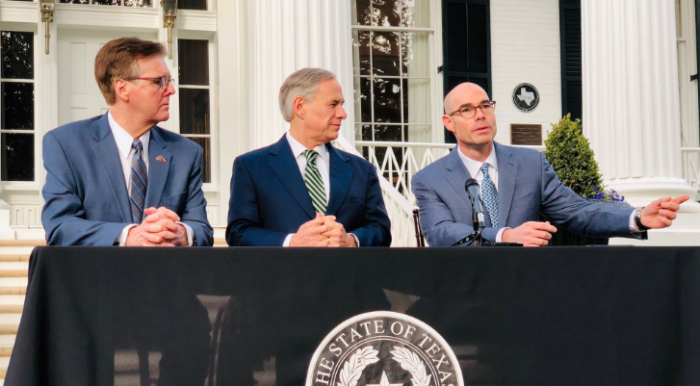 Yesterday’s Hotline reported on initial budget proposals from the Texas House, including an increase in $7.4 billion to the Permanent School Fund for the next biennium. Leadership in the Senate then chimed in with its own budget proposal that would amount to about $4.3 billion in new public education spending.

Included in the Senate figure is $3.7 billion to pay for a proposed $5,000 pay raise for every full-time teacher. Another $2.3 billion would be tied to “property tax relief,” which would ultimately end up putting another $600 million into public education for the $4.3 billion total. In general terms that leaves the House and the Senate about $3 billion apart.

Before anyone starts hooting and hollering over a “pay raise,” it’s important to understand that this is the first stab taken by Senate budget writers. Additionally, in the pay-raise bill (SB 3) as currently written, it only covers full-time teachers. As our Texas AFT President Louis Malfaro noted yesterday in a news release, “The Senate pay-raise proposal for full-time teachers is a positive first step, but we haven’t heard more on supporting the rest of the public education team or addressing the significant needs for public education funding overall.” Additionally, there are questions about the bill’s language on whether the raise would be permanent, even though Lt. Gov. Dan Patrick and bill author Sen. Jane Nelson (R-Flower Mound) touted publicly that it would be.

There’s also the matter of what House members will push for on teacher pay. As House Speaker Dennis Bonnen told the Corpus Christi Caller-Times today, “I think the opportunity to show teachers how we appreciate them here in Texas is realistic….I think we’re a little bit better off giving our local school districts those dollars and the discretion to manage their own salaries and the pay of their teachers there. But I’m very appreciative of what the Senate has done.”

And yet another question is how much pushback will result from supporters of “performance pay” based on student test scores, which would only be intended to compensate a small number of teachers.

What yesterday tells us is that while the show of initial support from House and Senate leaders is encouraging, many pitfalls also lie ahead–including what real bite in funding could result from both chambers’ appetite for “property tax relief.”

With so many questions unanswered yet, our job is clear: Educators need to stand together as one and speak out to ensure that we receive the investment needed for our schools and our profession. So be sure and stay tuned and ready for action.