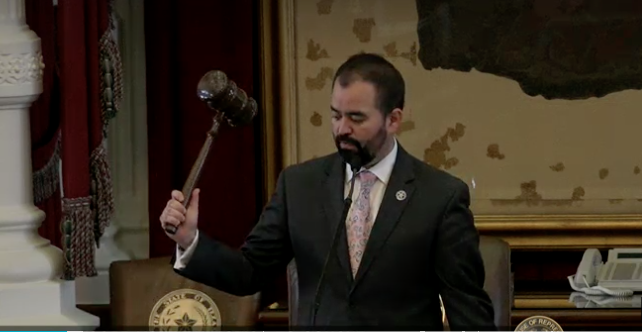 We have a deal—and raises are in it.

This week, Texas legislators agreed on a package of bills including the budget, an $11.6 billion school finance and property tax reform package, pensions, and capping property tax revenue for cities. We expect all of these bills to receive final approval from lawmakers this weekend and head to the governor’s desk as lawmakers adjourn sine die on Monday.

CAVEAT: We’re still combing through 303 pages of the school finance bill, and language for the TRS pension bill has not yet been released.

Our quick take: While this deal is far from perfect, we are pleased HB 3 added money to schools and provided some new compensation for educators. However, we are deeply concerned that the tax provisions are unsustainable, with no new revenue sources, and will cause more inequities in the system. There is new authority for the unelected commissioner of education throughout the system, which is concerning, given his pro-privatization and pro-standardized tests record.

So here’s what you need to know:

Texas educators will be getting raises, but the amount will vary wildly by how much new funding school districts receive. Districts will be required to give at least 30% of the per-pupil increase to raises for full-time district employees. Of that 30% of new money, 75% of it must be for teachers, nurses, counselors, and librarians, while prioritizing differentiated compensation for classroom teachers with more than five years experience. The remaining 25% may be used for full-time employees as determined by the district.

The merit pay provisions in the bill are complex but specifically forbid the commissioner from requiring the use of standardized testing. There is a teacher incentive allotment to incentivize teachers with certain designations to go to high-needs schools. Each district may create a teacher designation system (master, exemplary, or recognized) based on teacher appraisals. Although the commissioner will establish performance standards for these designations, HB 3 prohibits the commissioner from requiring a district to use an assessment instrument for the basis of these designations. We’re happy the bill allows teachers who have achieved National Board Certification to meet the “recognized” level. However, we are concerned about a provision stating a teacher has no vested property right in the distinctions. Provisions allowing the commissioner to collect district information could mean we will be fighting to keep teacher evaluations out of his hands.

For each teacher with a designation, schools receive an incentive allotment, 90% of which must be used at the campus for the teachers earning the allotment. Rural and high-needs schools would receive more.

Retirees will be getting a 13th check. Leadership has announced they expect checks to average $2,000, but as of this writing, the text of SB 12 (TRS pension reform) has not been released. We are also awaiting word on whether active TRS members will pay a higher percentage of their check as the Senate preferred, or whether the state would make up the difference as is in the House report.

Some key provisions of the bill—such as how Texas funds compensatory education for the neediest learners—are difficult to parse, as they require significant rulemaking by the commissioner, which will take several months. While we are happy to see outcomes-based funding for College, Career, and Military Readiness was not based on STAAR scores, we have concerns about how such funds could work without stable funding.

Our biggest concerns stem from the bill’s tax provisions. HB 3 compresses property tax rates at a cost of about $5.1 billion, nearly double the original plan to spend $2.7 billion. Texas AFT would have much preferred this money stay in our classrooms rather than giving homeowners an additional $15/month. While the bill starts with uniform tax compression, starting in 2021, school districts with property values growing 2.5% or more would have their tax rates automatically decreased, with the state required to reimburse school districts for any entitled money. HB 3 also includes language preventing fast-growing school districts from lowering tax rates more than 10% below the highest tax rate. However, these provisions still allow for considerable inequity.

SB 2
Texas AFT was disappointed to learn the property tax cap revenue deal institutes a 3.5% cap on city and county property tax growth on existing property, potentially harming the local ability to provide much-needed services. The only silver lining is that the harmful bill does not apply to community college and hospital districts, which would remain at an 8% cap.

Headed to your ballot box

HJR 38 by Rep. Jeff Leach (R-Plano), which purports to yet again ban an income tax in Texas, heads to the November ballot after approval by both chambers. While Texas does not have an income tax, critics—including Texas AFT—are concerned the measure actually seeks to invalidate the state business tax, due to the way it’s worded.

SB 37 by Sen. Judith Zaffirini passed 146-0 by the House on Tuesday. If SB 37 receives the signature of the governor, a person’s occupational license (including teacher certification) may not be removed or non-renewed on the basis of student loan default. Texas is one of the only states in the U.S. to have this policy and we are grateful this bill is now on the governor’s desk. We thank Senator Zaffirini for working to address the harmful effects of the student loan crisis by ensuring hard-working Texans’ maintain an occupational license to ultimately pay off their student debt.

The State Board for Educator Certification this week finalized its updated certification standards for the English as Second Language (ESL) Supplemental Certificate. The new standards are located in 19 Texas Administrative Code §235.115 and are intended to update teaching standards and to encourage culturally responsive teaching by emphasizing recent “theories and research of language acquisition, second language learning, understandings of the needs and strengths of ELs, and the backgrounds and interests of individual students.” These new standards must first be approved by the State Board of Education at the June meeting and if approved, would become effective July 21, 2019.

Note: In an effort to keep today’s Hotline shorter than War and Peace, we’ll have an update on the status of all our bills in next week’s edition.